As you may have read in my last post, in March this year I attended a festival called Women of the World. This festival takes place at locations all over the world in order to discuss and celebrate feminism.

I attended the London Southbank event and the first talk I went to see was called ‘Who Owns Your Body?’ This talk was conducted by a panel of women, but the panellist that stood out the most for me was Leyla Hussein. Leyla Hussein is a campaigner who works to promote education and awareness surrounding the practice of Female Genital Mutilation (‘FGM’).

Before I get into why Leyla Hussein is such an incredible and inspiring woman, let’s look at some FAQs:

FGM is the practice of removing part or all of a female’s external genitalia for non-medical reasons, and is usually carried out on girls before puberty.  It is also sometimes known as female circumcision or cutting. There are different types of FGM, ranging from the excision of external genitalia to the most extreme form, which involves the narrowing of the vaginal opening to form a seal. With the latter, women will have to be cut twice more in their lives; for sexual intercourse and for childbirth.

This practice is prevalent in 28 African countries, as well as some parts of the Middle East. The countries where FGM is most commonly carried out are Somalia, Egypt and Mali. FGM is illegal in the UK and anyone who is found guilty of this offence faces a maximum of 14 years in prison. Despite the legal implications, we know that over 20,000 girls per year in the UK are at risk of FGM. 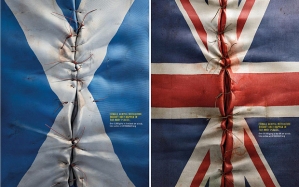 Not as much of a ‘foreign problem’ as people think

There has never been any medical benefit to FGM. In fact, as you can probably imagine the practice leads to many horrific medical complications:

Urinary issues, leading to the potential of kidney failure

Contrary to popular belief, FGM has nothing to do with religion. The reasons for this practice can be found in gender inequality; a desire to control a woman’s sexuality through a misplaced notion of purity and modesty. For women who have grown up used to this practice, it is continued through the generations out of a desire to fit in socially. Women also cite cleanliness and marriageability as reasons. Parents subjecting their daughters to FGM would see it as ‘an act of love’ rather than abuse.

Leyla Hussein was born into a middle class family in Somalia and was subjected to FGM at the age of seven. In her words, “Four women held me down. I felt every single cut. I was screaming so much I just blacked out.” 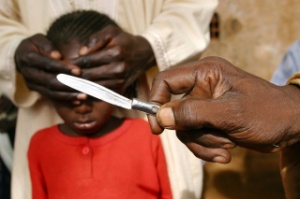 A young girl about to be cut

As a campaigner however, Leyla has managed to bring the taboo subject of Female Genital Mutilation out into the open. Since 2010, she has become a multi award winner. To name but a few, between 2012 and 2013 she received the True Honour Award, the World Peace and Prosperity Foundation award and was listed as one of the BBC’s 100 Women. 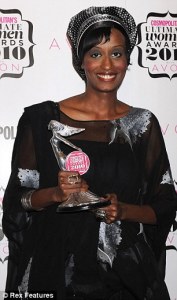 In 2013 she set up an organisation called Daughters of Eve. This organisation aims to protect women and young girls from FGM, and her work with the Dahlia Project helps to provide counselling for those who have suffered FGM in the UK.

In 2014, she was nominated for a BAFTA for her work on the highly acclaimed documentary, ‘The Cruel Cut’. This documentary revealed that 66,000 women in Britain were living with the effects of FGM and that the Government was doing very little to prevent further cases.

‘The Cruel Cut’ explored the idea that in terms of Europe, Britain is a ‘soft touch’ (despite having anti-FGM legislation in place). In France, enforcement of the law has resulted in over 100 prosecutions, whereas there has never been a single prosecution for FGM in the UK. In the Netherlands, the Government has invested  € 4.2 million in FGM education.

For many campaigners the reasons behind the lack of action in the UK seem to be a desire to be PC, ironically interlinked with an edge of racism. In the UK different ethnic groups still live without the need for integration. While this can be brilliant and makes the UK very diverse, perhaps it also stops these people from being seen as British.

Through her film Leyla generated a petition of over 100,000 signatures, which triggered a major debate in Parliament.

Despite making these waves, it has not always been easy for Leyla to push her message forward. In an article she wrote for the Telegraph, she revealed the severity of the reaction she faces as a result of her work, “I have been spat on, shouted at and attacked by men in balaclavas. I have had to have three different types of alarm fitted at my home. I do not let many people know where I live now. The worst offenders have been Somali women. Women from my own community.”

As one of the victims of FGM in ‘The Cruel Cut’ said, if it was children’s arms being removed the Government would have no hesitance in cracking down on this practice. While it may be awkward to talk about vaginas and delve into other people’s cultures, what is happening to these girls is not a cultural practice; it is child abuse and it needs to be stopped. The scars of this abuse are not easily found. They lie hidden, sometimes even unknown to the women who carry them. For other women the mental and emotional scars they carry make it impossible to live with the physical reminders.

From reading about FGM, I can see that there is a great need for education. Many people still remain unaware about what FGM actually means, and until this is common knowledge, a victim of this abuse cannot safely approach a teacher, a friend or maybe even a healthcare professional and know that they are going to get the correct help. While clarification and enforcement of the law would obviously be beneficial in spreading awareness, the likelihood of daughters coming forward and giving evidence against their parents is unlikely. In France, children who would be at risk of FGM are checked by doctors and this greatly assists in prosecuting.

Leyla Hussein has evolved from a victim into an inspirational leader. What I really gained from her documentary and from seeing her in person is that she is just as passionate now as she has ever been. Her ability to connect with people and educate them feeds the fire of her passion even more and infects everyone around her. The fight against FGM is monumental. It is deeply engrained into certain cultures and will take generations to eradicate, but she towers above this realisation refusing to be defeated. I like to believe that with women such as Leyla Hussein at the helm, FGM (at least in the UK) will be stamped out during our lifetimes.

In around six weeks, Sophie and I will begin our work with the Ashiana Network. This organisation provides shelter, advice and counselling to BAME women escaping forced marriage, FGM and domestic/ sexual violence. This will be the next big project for A Bloody Good Cause and we hope that through this connection we are able to further our understanding of the issues facing these women and help in our small way.

The next shelter we will be working with!

We will be starting our campaign and collecting donations of sanitary towels from the 23rd of November, so keep your eyes peeled for more updates on our Facebook page.