Spring has sprung and so with it have our feel good sunshiney playlists. And what could make a playlist better than a splash of femtastic feels guaranteed to put a bit of sass in your step? Here’s our lowdown of the top #girlpower anthems, old and new, to tickle your cochlea this April. Check the tunes out on our Spotify playlist!

WARNING: This playlist features an unhealthy amount of ‘90s music.

A few years ago, Sanya made me an excellent feminist mixtape for us to play when we tore up the ‘burbs in our respective mums’ cars. My all-time fave on the CD was, of course, ‘90s classic Wannabe, so much so that I played it on repeat until I’d learnt Mel B’s rap (to this day it is still my party piece).

Perfect for: Screaming along to in formation after a few Lambrinis

Xtina’s Stripped album is as feisty as they come, back in her early Noughties heyday. Everytime this song shuffles on up on my iPod, I’m reminded of the basic tenets of my feminism: speak up, speak proud, call out the BS.

Perfect for: Feeling righteously angry as you strut down the street

Best line: “Must talk so big / To make up for smaller things”

Queen Bey is an inevitable part of any feminist playlist, like lettuce is inevitable in a salad, or cheese is inevitable on any pasta worth its sauce. A 12 year old student of mine was wearing a T-shirt emblazoned with “Who runs the world? GIRLS” on it the other day, so her message is reaching the next generation too!

Perfect for: Freaking out at the gym

Best line: “Boy I know you love it / How we’re smart enough to make these millions / Strong enough to bear the children / Then get back to business”

4) Sisters Are Doin’ It For Themselves – Eurhythmics ft. Aretha Franklin (1985)

It took me about ten minutes to correctly type “Eurhythmics”, which was fine ‘cos I got to listen to this song twice. Annie and Aretha perform the hell out of this #tune.

Perfect for: Singing into your hairbrush as you shake that thang in the mirror

Best line: “Now this is a song to celebrate / The conscious liberation of the female state!”

(With thanks to Holly Rushton for the suggestion!)

Queen Bey’s back with this smasher that became the most recognised part of the Charlie’s Angels soundtrack. Because of this song, everytime my flatmate starts an interrogative sentence with “Question”, I sing back “Tell me what you think about me” (IT NEVER GETS OLD!). Also I’ve always found “I bought it” sounds a lot like “I farted” in the chorus. You can’t unhear it now, can you?

Perfect for: Taking down international bad guys with your girls Lucy Liu, Drew and Cameron D

Best line: “I worked hard and sacrificed to get what I get / Ladies, it ain’t easy being independent”

(With thanks to Fiza Ahmed for the suggestion!) 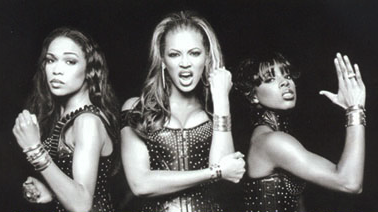 This was another fave track on the feminist mixtape, best served at top volume as you’re swagging around Stevenage’s roundabouts in a Ford Fiesta pretending you’re a BAMF on a mission and not just a weekend slob popping to Sainbury’s for some milk.

Perfect for: When your chain hits your chest when you’re banging on the dashboard

Best line: “Who’s gonna stop me when I’m coming through?”

(With thanks to Vamshi Merugumala for the suggestion!)

Madonna is inexplicably holding a cat in the video for this song, which I like to think is a way of telling us being a crazy cat lady is a Queen of Pop-approved way to exist.

Perfect for: When Tinder tells you there’s no one left in your local area

Best line: “You deserve the best in life / So if the time isn’t right then move on / Second best is never enough / You’ll do much better baby on your own”

(With thanks to Sana Shariq for the suggestion!)

Another cracker from the femimixtape. This song always sorts me out when I need a bit of a boost on a tough day.

Perfect for: When you’re feeling a bit iffy and need a reminder that you can fake it ‘til you make it

TayTay gets a bit of stick for her brand of feminism, but you can’t help but get down to this. Sick. Beat. (Plus she dances like all the rest of us in this vid.)

Perfect for: Forgetting about the haters and the players (‘cos they gonna hate and they gonna play)

(NB/ Since Taylor has taken all her music off Spotify, you won’t hear the original on our playlist.)

Aretha’s back on the playlist with this classic second wave sass-a-thon. What does respect mean to you?

Perfect for: Learning how to spell R-E-S-P-E-C-T

(With thanks to Michelle Obama for the suggestion!) 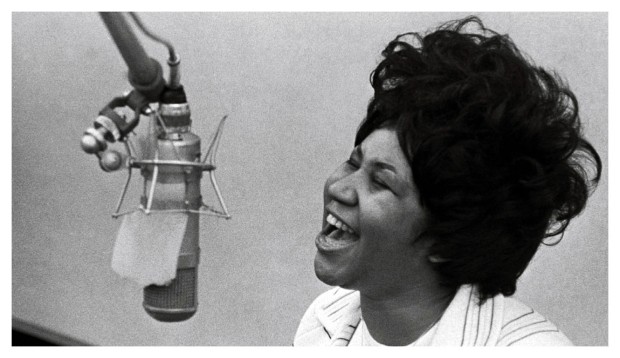 I respect that barnet, Aretha

Did you know that a scrub is a guy who thinks he’s fly? A compulsory vocab word for any ‘90s girl worth her salt. I remember a friend teaching me the dance moves to this in my living room sometime around the Millenium. Sadly I’ve forgotten them but willing to learn again if anyone wants to give me a lesson.

Perfect for: Singing at men in da club until they understand the concept of consent

(With thanks to Sasha Pirbhai for the suggestion!)

A country choon introduced to me by my resident North American, Musgrave hits the nail on her head with this #truth about the angel/whore stereotypes and expectations we face.

Perfect for: Listening to whilst looking out the window of your ‘Stang on the open road

Best line: “Say what you think / Love who you love / ‘Cause you just get / So many trips ’round the sun / Yeah, you only / Only live once”
(With thanks to Samantha Lichtenberger for the suggestion!)

I would put the entirety of Morisette’s Jagged Little Pill album on here if I was under any illusion that other people share my musical tastes. Having to settle for one track was hard, but All I Really Want is an anthem for anyone who’s ever felt underappreciated. (And also for anyone who enjoys a bit of harmonica in their angry ‘90s girlpop.)

Perfect for: Being angry at society’s injustices and ignorances

My love affair with Dido goes way back to her first album No Angel, a time considerably before I actually understood what her songs meant. The message here is clear: if you feel trapped, run like the wind.

Perfect for: Belting out as part of a dramatic exit

Best line: “For the crown you’ve placed upon my head feels too heavy now / and I don’t know what to say to you but I’ll smile anyhow / and all the time I’m thinking, thinking”

One of my favourite films is unashamedly Katy Perry: Part of Me. I watch it when I’m sick, hungover, on the blob; I force friends to watch it and then watch me cry with Katy. She’s batshitcray but she’s also a role model for her sheer ability to keep on keepin’ on, and Roar is your soundtrack to being queen of your own personal jungle.

Perfect for: Putting your hands up in the preach-hands-emoji way and ululating the “oar oar oar oar oar” bit at the end of the word “roar”

Best line: “You hear my voice, you hear that sound / Like thunder gonna shake the ground”

I played this for some 16 and 17 year olds last term in a class about gender stereotypes, partly for listening practice, partly because it makes me want to jump around and pretend I’m Gwen Stefani.  #90sgoals

Perfect for: Moshing to whilst wearing a crop top (NB/ do people still mosh?)

Best line: “Oh I’m just a girl, all pretty and petite / So don’t let me have any rights”

A staple of my “Feel Good Playlist”, this chirpy SoM classic helps you work out your personal demons at the same time as preparing you to deal with a captain with seven children and also the Nazis.

Perfect for: Smiling along to when you’re feeling apprehensive

Best line: “And mind me with each step I am more certain / Everything will turn out fine”

This might have been the first song I consciously heard the word “fuck” in.

Perfect for: Not being M!ssundaztood

Best line: “Hey, hey, girl! Are you ready for today? / You got your shield and sword? / Cuz its time to play the games”

I still don’t understood a lot of what this song is talking about. “I cut my teeth on wedding rings in the movies”, for example. But it’s damn catchy, and it’s about doing it your own way.

Perfect for: Justifying not drinking Grey Goose or trippin’ in the bathroom

Best line: “But everybody’s like Cristal, Maybach, diamonds on your timepiece. / Jet planes, islands, tigers on a gold leash”

Supertalented Joan Armatrading is seriously good and seriously underplayed. Play this song to your loved ones when you’re feeling a bit overwhelmed and they’ll get the message soon enough.

Perfect for: When you just need a bit of time to yourself to do you

Best line: “I sit here by myself / And you know I love it”

Joan, on her own

Another ‘90s cracker about hating the world. Literally the first line is “I hate the world today”. But also about that changing in an instant and being a beautiful changeable mistress of madness.

Perfect for: When you’re having extreme menstrual mood swings

Best line: “You know you wouldn’t want it any other way”

Perfect for: Letting little (and big) ones know they can be a boss like Elsa

Best line: “It’s time to see what I can do / To test the limits and break through / No right, no wrong, no rules for me, / I’m freeeeeeeee”

Demi Lovato has been through the well-documented shit in recent years and this song feels like a big two fingers up to the haters. And she’s fierce as fuck in the video – I wouldn’t want to meet her down a dark alleyway at night.

Perfect for: Unleashing on anyone who underestimates you

Best line: “I used to hold my freak back / Now I’m letting go”

One of my favourite early-to-mid-Noughties memories is singing Avril Lavigne loudly into one of my best friend’s karaoke sets and probably permanently damaging the eardrums of her parents and the greater Home Counties.  This song continues to be one of my favourites, especially when I’m being weird and having a great time.

No playlist would be complete without a bit of Whitterz (RIP). A true self-empowerment ballad to sing to yourself on your very own auto-date night, and a perfect way to sum up a playlist that has been a personal musical and emotional journey.

Best line: “I decided long ago, never to walk in anyone’s shadow / If I fail, if I succeed / At least I’ll live as I believe” 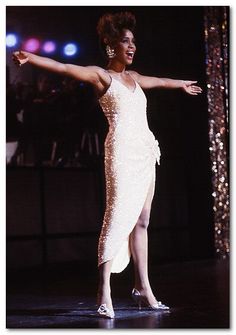 Are there any glaring omissions to our list? Comment below and let us know your top empowering tunes!