Fourth-wave feminism’s branding emerged out of the cultural troughs that those other, more material, peaks left in their collective wake. Legalistic, labour- and status-based arguments – whilst by no means wholly solved and settled, especially not intersectionally – have been dialectically laid aside, and the culturally gendered (as opposed to the biologically sexual) angle has stepped up to the plate. Part of the package we fourth-wavers are sold is that to be a woman is to be internally, intrinsically, increasingly explicitly, brave. Look at Beyoncé! Look at Rihanna! Look at Katy Perry! Our war paint is on, our goals targetted, our fears flung aside. We don’t just shout, we roar. 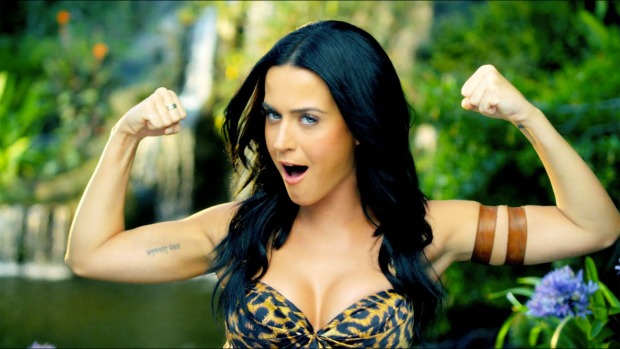 I got the eye of the tiger

But recently, I’ve been tired of this confidence. I’ve found myself wanting to retreat into myself and allow a little quiet sadness, a little hesitant passivity, to take hold. I’ve berated myself for allowing the lionness within me to curl up like a sleepy, scared cub and try to nap during a thunderstorm. It’s led me to question what bravery means to me.

Friends and family have often described me as brave. For the new starts I undertake, for moving to new places with no connections, no future but the one I form. For travelling far afield, navigating solo or immersing myself in a foreign culture with a Lonely Planet and a sense of challenge. For standing up in front of people, for entertainment or for what I believe in. For asking out boys when the odds aren’t clear. For swimming in chilly oceans. For openly publishing self-absorbed blog articles about my sad little #feels.

And yet despite all these mini-brave-bites, I still struggle to see myself through that lens, to really believe in myself as brave. The expectation itself weighs heavy on this one: what about those times when I’m not the fearless, in-for-a-penny-in-for-a-pound, cheeky little gobshite that I project?

Google ‘female bravery’ and you get images of soldiers and superheroes, and even a woman leaping over a gorge in strappy heels, much like in a sanpro advert suggesting that sticking a tampon up your foof will osmotically infuse courage up through your cervix.

Ask Google for a definition, and you get “ready to face and endure danger or pain”, from the Latin barbarus via the Spanish bravo – wild, untamed. “Take risks!” we’re told. “Put yourself out there!” “Step outside your comfort zone!” These images, these definitions, these aphorisms, create a certain otherness to bravery, a literal challenge to be surmounted. Bravery is untamed fierceness, savage courage; it bears its teeth and grins in the face of difficulty.

But, at the moment, my grin is not as forthcoming as usual. SophieFierce is taking a break from the limelight; my extrovert levels are low. So perhaps I need to find an introvert conception of bravery: a gentler, kinder, more sustainable definition.

As with every other human feeling, I am not alone. There are those who have, as I do now, struggled with their bravery, their strength. There are reams of quotes out there about patience, silence, stoicism. I leave you to peruse them in your own comfort zone, to cherry pick the words that most tenderly soothe your braveling soul. For me, it is this meditative musing from author Mary Anne Radmacher that makes my conflicted heart beat a little more calmly, one shared with me by a gentle, hardworking, optimistic and focussed student who probably has no idea how quietly brave she is on a daily basis: “Courage doesn’t always roar. Sometimes courage is the quiet voice at the end of the day saying, ‘I will try again tomorrow.'”

Here it is with a lion to make the metaphor clear

For now, this little cub will try to embrace that quiet voice until her roar is ready to make its comeback.